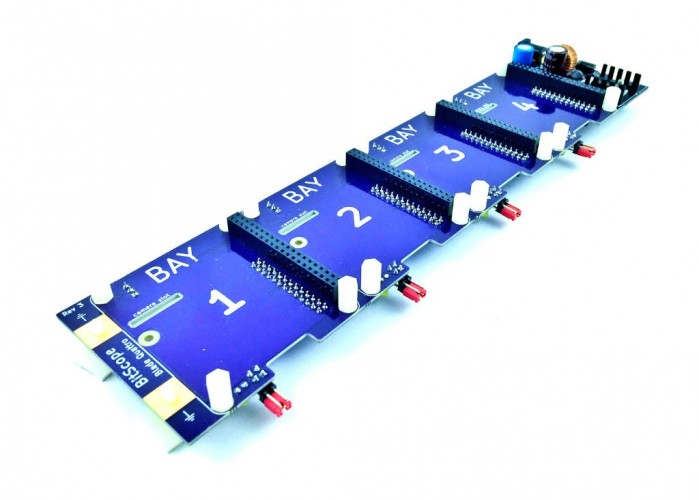 BitScope Blade Quattro is a desktop, rack or wall mountable power and mounting solution for four Raspberry Pi computers. It solves the power problem when using Raspberry Pi in industrial and other mission critical applications.

It has a built-in 5V switch mode power supply capable of powering four Raspberry Pi and up to sixteen USB devices which are be connected via the Raspberry Pi (subject to a the total blade power budget).

Full access to Raspberry Pi I/O including I2C, SPI, UART, PWM and GPIO is provided via the Blade HUB CAP expansion socket underneath each Raspberry Pi. Connect personality cards (e.g. a real-time clock, operation status displays, or almost any other physical I/O that conform to these standards).