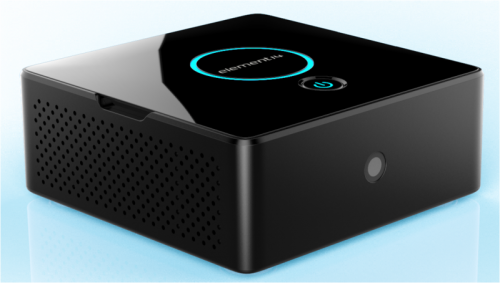 Premier Farnell, The Development Distributor, is pleased to announce the global availability of new Pi Desktop, an innovative set of accessories that converts a Raspberry Pi into a fully featured Linux-based desktop computer housed in an elegant enclosure.

When combined with the Raspberry Pi, the Pi Desktop provides users with all the functionality they would expect from a standard PC, including WiFi, Bluetooth, a real-time clock, an mSATA solid-state drive interface, an optional camera and a power switch (Solid-State Drive and Raspberry Pi Camera purchased separately).

The result is a simple and elegant solution for Raspberry Pi enthusiasts looking to turn their Raspberry Pi into a stylish desktop computer within minutes. It eliminates the need to use a complex bundle of wires, or to compromise on the choice of peripherals. The Pi Desktop can be connected to a display via the HDMI interface.

The enhanced capabilities offered by the extended SSD memory capability (up to 1 Tbyte) make the system highly robust and reliable, and the ability to boot the Raspberry Pi directly from the SSD leads to a high-speed start-up experience for users. The built-in power switch makes the Pi Desktop easy to operate. An intelligent and safe power controller means that users do not have to remove the power adapter from the Pi board; they simply turn the power on or off like a desktop or laptop.

The kit includes the add-on board containing the mSATA interface, intelligent power controller and RTC; the stylish enclosure; a heat sink; a USB Adapter (Micro-Type A); the RTC battery; and all the necessary spacers and screws.

The Pi Desktop has been developed by Premier Farnell under its element14 technology brand, and is another example of Premier Farnell’s experience in delivering products to market, from research, through to production. It is only available from Farnell element14 and its resellers.