Arrange an interview with our spokespeople

Launch of Raspberry Pi 3 Model B+ 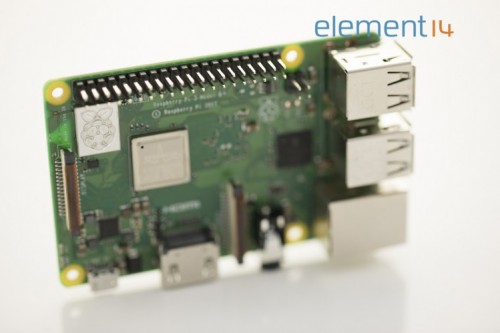 We have a number of spokespeople across the globe who would delighted to talk to you about this exciting launch.  If you would like to talk to a spokesperson you can arrange an interview by contacting our press team.

Built on a new quad-core Broadcom BCM2837 64-bit application processor running at 1.4GHz, the Raspberry Pi B Model B+ is over 15% faster than the Raspberry Pi 3 Model B, delivering increased performance for both professional and maker markets. Further enhancements address the needs of the growing professional design market using the board as an embedded device, including:

When we launched the Raspberry Pi 3 two years ago, we expected to see an increase in its use as an embedded product, especially in IoT related projects.  We have been delighted by the take-up of the board by professional design engineers.  Today’s launch of the Raspberry Pi 3 Model B+ is our response to that success, aimed at perfecting the board for a wide range of applications.  The new board has faster processing, faster wired networking and improved wireless connectivity; and with modular compliance certification and the same extraordinary support provided through communities and forums, users can learn, create and bring products to market faster than ever before.  We hope you like it as much as we do.

As the leading manufacturer and distributor of the Raspberry Pi, we are delighted to be able to offer our customers an even faster and more powerful board at the same competitive price point as the previous model. The Raspberry Pi family, coupled with our wide range of popular and exclusive accessories, provides hobbyists, makers, engineers and business of all sizes with a solution for every stage of the development process.

The element14 community has become one of the leading platforms for Raspberry Pi enthusiasts, with thousands of members sharing their projects, insights and design ideas with fellow makers around the world.

Our colleagues at the commununity have developed a range of new content to support the launch of the Raspberry Pi 3 Model B+.

You can read more here.

Other Press Releases for the Raspberry Pi 3 Model B+ launch