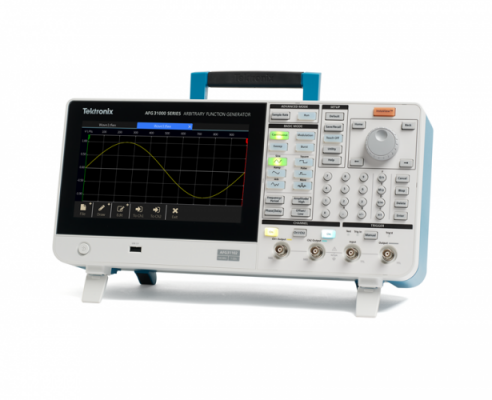 Premier Farnell, the Development Distributor, is now stocking the Tektronix AFG31000 Arbitrary Function Generator: a best-in-class waveform generation platform designed for the most demanding expectations on performance and versatility throughout the whole process of product realization.

The new AFG31000 series incorporates four industry firsts that result in an unprecedented user experience for researchers and engineers:

James McGregor, Global Head Test, Tools and Production Supplies at Premier Farnell said: “As the Development Distributor, Premier Farnell has the broadest range of in-stock test & measurement products in the high service distribution market. The AFG31000 combines industry firsts that will make it easier for engineers and researches who need to generate increasingly complex test cases for debugging, troubleshooting, characterizing and validating devices under test to focus on the task at hand without having to learn how to use the tool.”

The generator is available in 1- and 2-channel models, each having an output amplitude range from 1 mVP-P to 10 VP-P into 50-ohm loads. A wide range of operating modes are available including:

A variety of more complex waveforms are also available in the advanced sequence mode, which adds value for design or failure analysis engineers, by verifying whether their circuit will operate as planned or how it will respond under extreme or stressed conditions.