In the following video you see an example of time-lapse video with some scene movement created with the first prototype of the TiltPan Arduino Shield. There are three main scenes: curve diagonal movement from the bottom-left side to the upper-right, then the camera moves to the left pointing to reach the middle of the rotation horizontal plane. The last is a fixed scene pointing the sky.

The entire sequence has been created with a total of 654 frames from images captured in time-lapse by the TiltPan Arduino Shield and the mechanics module with a frame interval of 4 seconds. The shield can be programmed to manage multiple sequences to create complex time-lapse sets. The total execution time of the time-lapse capture session needed about 41 minutes.

A note on the project

The TiltPan Arduino Shield is a board + mechanics to control a micro camera through Arduino. Better using Arduino UNO but works fine also with Duemilanove and Diecimila. At the actual date it is finished, a first draft of the software documentation has been published as a preview with other posts on the same argument on my blog BalearicDynamics here in Element14

under Arduino section where are shown the main prototypinng phases documented by images.

The resulting object controlled by the Arduino Shield TiltPan is shown in the image below. 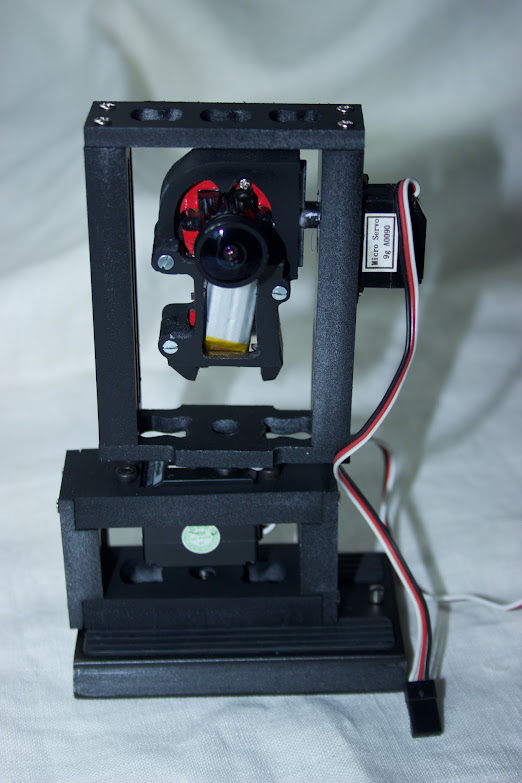