This is my proposed idea for Element 14 Smarter World contest Build a Smarter World: Propose a Smart Device to Win a Pair of Arduino MKR (LoRa Connectivity) WAN 1300 Boards and MKR Relay Proto Shield!  using the Arduino MKR WAN 1300. I do hope none of my proposal seems condescending or insulting to anyone in their more senior years. 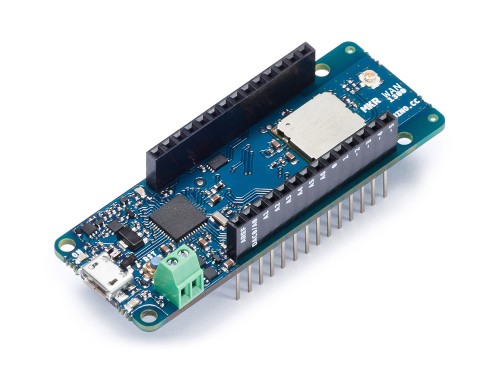 Some parts of the world elderly relatives are cared for and their wisdom respected in the family. Unfortunately, perhaps due to social-economic reasons, there seems to be more news headlines about elderly persons in the UK struggling with a whole host of issues. The social changes in the UK over recent decades means that many older people are living alone and often do not get the friends or family visits that perhaps once was common place. The cost of care homes is sometimes prohibitive or just not agreeable in principle and so these older people stay in their homes. There is likely a period of time from being fully active in retirement to needing specialist or full-time care that they could benefit from some light-duty, low-cost care. This might include:

Technology could help in such instances and a simple and common Android App for messaging back to a local 'warden' control centre (WCC) would likely suffice to give some reassurance. Such a solution would rely on the use of a mobile which can be awkward in concept for some elderly people, perhaps with poor vision or dexterity issues. It would also need a paid 3G/4G service provider or home WiFi.

My proposal is that LoRa, with its low data rate, no service costs and wider range, could provide a means to get simple status messages from the elderly people (the Nodes) back to the WCC. The warden would be able to monitor multiple nodes - perhaps from a car so they can operate on their own or from a base and call a colleague to do the home visits as required. Being battery powered the LoRa nodes could be portable so the elderly person could take it out with them. This idea may need expanding if away from the home so the location data can be sent to the WCC. Each of the nodes would be registered onto the system and the WCC would know the address of each node. The aim would be to make something that was technically robust whilst also easy to operate.

Therefore my project proposal, which I have called Elderly Person in the Community Care (EPCC), requires some LoRa nodes...and two would form a good concept demonstrator.

Each LoRa node (one for the demo setup) would have the following functionality:

This information can be periodically sent back to the WCC or sent immediately on change of the buttons. It would only occupy a few bytes which would be ideal for LoRa.

The WCC would form an appropriate action plan for their particular setup. Perhaps their first reaction would be to call the household phone number/mobile, to contact a next door neighbour by phone or to drive straight around to the node location.