When I was a co-op student a number of years ago I was tasked with automating device testing for a specific company. The testing that was in need of automation was taking up valuable hours each day. One unit could easily take 2 hours a day for its first week and then twice weekly after that slowly decreasing to once per week. The manager in charge of this project had decided that using a software suite that was designed for such tasks, such as NI’s Labview was too expensive and that we could do the same thing in C#. The time allocated for the project was two months (I was on a four month co-op term). 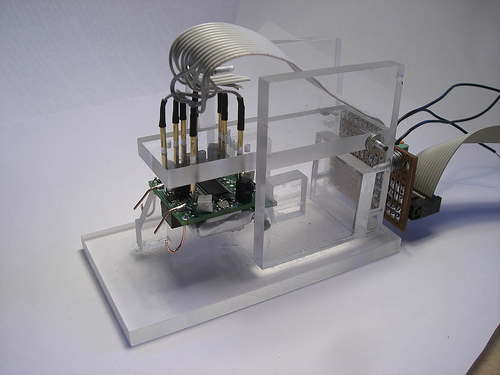 Included in the automation system was the integration of a photon counter, network connected multimeter for voltage and current measurements as well as controlling the device under test to load different software between each test (there were other modules that I either don’t remember or can’t explain as it would be to company specific). The system was then supposed to log everything in a database and track performance of each device over time. While these goals were definitely reachable as I had seen on a previous co-op term at another company, that was all achieved with the help of LabView.

After innocently asking at a few meeting and close to the third month of my co-op term why we were going the C# route and not the LabView route I was told it was to save money and it would not be to much more work to complete in C#.

I left after my 4 months but kept up with two of my coworkers who had graduated from the same university as myself. It was interesting to find out that what code had been written while I was there (multimeter control, software loading and maybe a few other smaller modules) were being run by a python script, and the grand test software package was never completed as requested. I’m not sure how much time they still spend on testing but I’m sure that had they settled for something like LabView in the beginning the time saved and overall efficiency would have been much higher, and the overall money saved would have covered the cost of the suite they selected.

Have any of your engineering projects ever failed due to factors beyond your control? Share your story here!