Goal of my project

To create a video streamer to do PAL VHF transmissions with no external components and supports using slow microcontroller clocks.

Even with a slow timer clock frequency, I demonstrate how to transmit a valid video stream to a PAL Analog TV on channel 3 VHF. This is done by taking advantage of higher-order harmonics from a PWM square wave signal to achieve the desired frequency. PWM is used for VHF modulation. By taking advantage of square wave odd harmonics, I can transmit at a lower frequency. PWM duty cycle is also used to simulate the amplitude. In my case, I am transmitting a slow 6.86MHz PWM output and the 9th harmonic is 61.71MHz (it is picked up on channel 3 of the TV).

Block diagram of the project Inspiration of the project 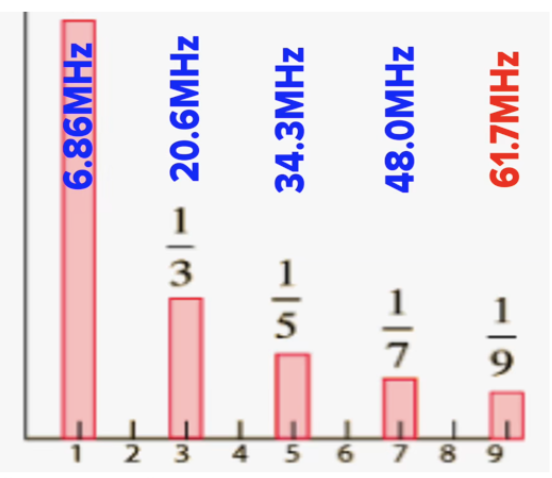 Where I sourced these components

Why I used these components

I hope this project inspires you to do something better.

Feel free to ask any questions or suggest improvements. If you spot any mistakes, do let me know too as I am still learning.

Thank you for reading.