Just between you and me, it can sometimes be tricky finding enough content for "top lists" like these. At times it almost feels like you're settling for certain entries, rather than really wanting to put them front and centre.

When it comes to the Raspberry Pi, however, that's not really much of a problem. The difficulty is whittling down the huge number of projects that you guys post over the space of a year into just 10!

But you're dear to me, reader, and I've selflessly persevered to bring you my top 10 Raspberry Pi projects of 2015.

It's a subjective list, of course, and I'd love to get your opinions on which hacks particularly caught your eye over the last 12 months. So take a look at my list, and let's see how it compares to your own in the comments section.

Car DVR with Raspberry Pi 2 and Pi Camera Board

Aaron put together a great project here in building his own in-car DVR, but he also raised a great point that offered the real reason he made it into the top 10. A cheapo DVR is available for less money, and at a lot less cost, but his reasons for using the RPi in this project are hard to argue with; the camera has the full weight of the Pi 2's processing power behind it, which very, very few CCD camera modules can boast.

Cabe Atwell puts a lot of projects together on element14, as you know, but for several months after the Raspberry Pi 2 was released, a lot of people were dwelling on its lack of an official case. And quite rightly, as small boards like this need protection. Cabe's answer to this much-asked question was particularly inspiring though, and well worth looking back at.

Create your own cloud server on the Raspberry Pi 2

This is actually a follow up to a previous project put together by Dave, when he set up an original Pi as a cloud server. That version had its difficulties, so when the Raspberry Pi 2 arrived, he took the opportunity to update it and did an outstanding job.

Thermal printers have enjoyed a new lease of life over the last 12 months, not least because of fun projects like this one. Simple and classic, and reminds me of that photo booth at the beginning of Shrek (only without the dancing wooden doll things, of course!).

Our very own Matt Collinge posted this one, and although we're aiming to put the focus on members today, it's such a great project it can't be easily overlooked. Energy efficiency is a big deal these days for all number of reasons, so Matt figured out a way to put a Pi 2 to eco use. I'm quite cheap, so I'm definitely going to put this on my maker's list!

Adding a Shutdown Button to the Raspberry Pi B+

Although it might not seem like a particularly technical task, the lack of a shutdown button to help protect your Pi's Linux OS is seen by many as quite an oversight in terms of design. Fortunately, Inderpreet took care of business (and again for the Pi 2, in fact). 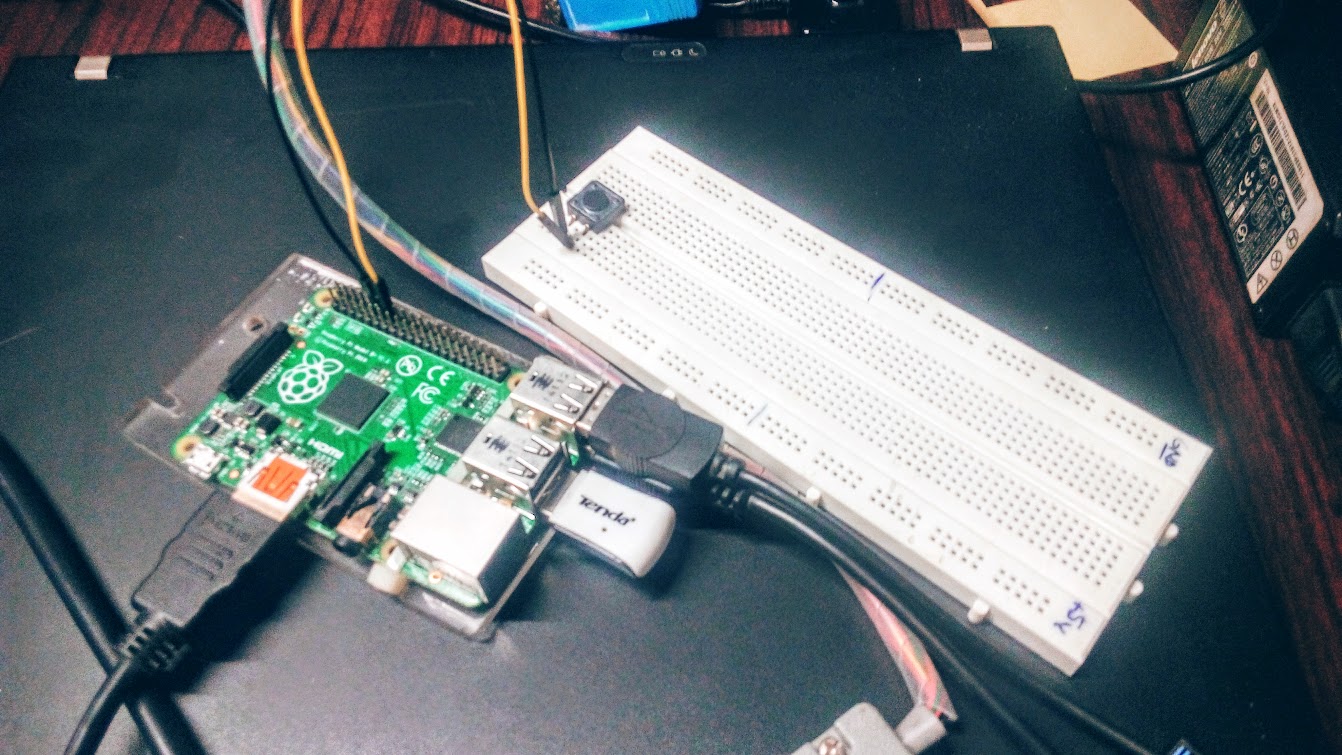 Connecting to a Remote Desktop on the Raspberry Pi

So many Raspberry Pi projects use the device headerless (no display or controls), so Nico's efforts here are worthy of attention. He showed us all how to take control of a Pi over the network, and never need a monitor again!

Although we've already had one project that used a thermal printer, Daniel's ticket machine still earns a spot in the top 10. For small business users, the internal RPi monitors email addresses and prints off tickets when an order comes in!

What Shabaz has clever done here is to build a project -- a Raspberry Pi voltmeter -- as a way to demonstrate something quite different; how to greatly improve GPIO input stability. This will have applications reaching beyond his project, and into many, many others.

Much of this great work has been done by Peter Oakes, who's uncovered more about running Windows 10 IoT Core on the Raspberry Pi 2 than most anyone else online! So we're not just looking at one project here, but a whole series that takes the Pi into exciting new territory.