I know these things are two-a-penny now, but here's my Pi powered Mame table. Instead of buying furniture at Ikea I decided to buy a table at a charity shop and upcycle that. 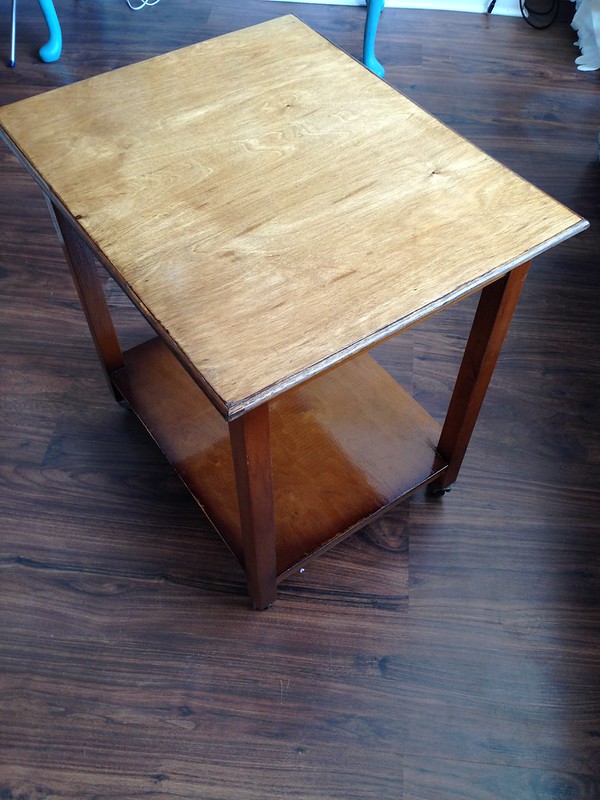 I'd previously built a Picade Console, and was using that for donor parts: arcade buttons and joystick, and the Picade card which converts the button pushes to keyboard presses.

I cut holes in the table, sanded it down and sprayed it blue. The plywood table top didn't like having big holes drilled into it and split up quite badly. This meant I had to use the perspex button cover and artwork that came with the Picade to hide the damage and support the buttons. 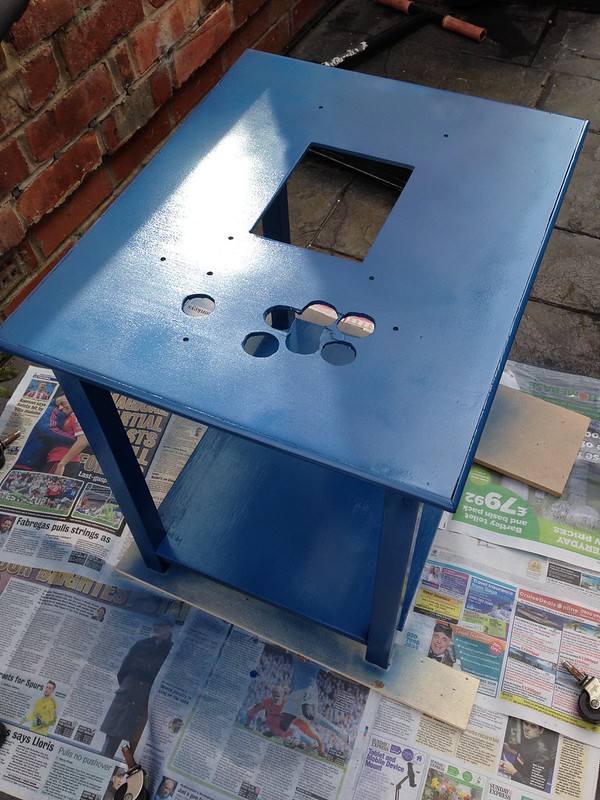 In the shelf underneath I cut holes where I was going to mount the speakers. 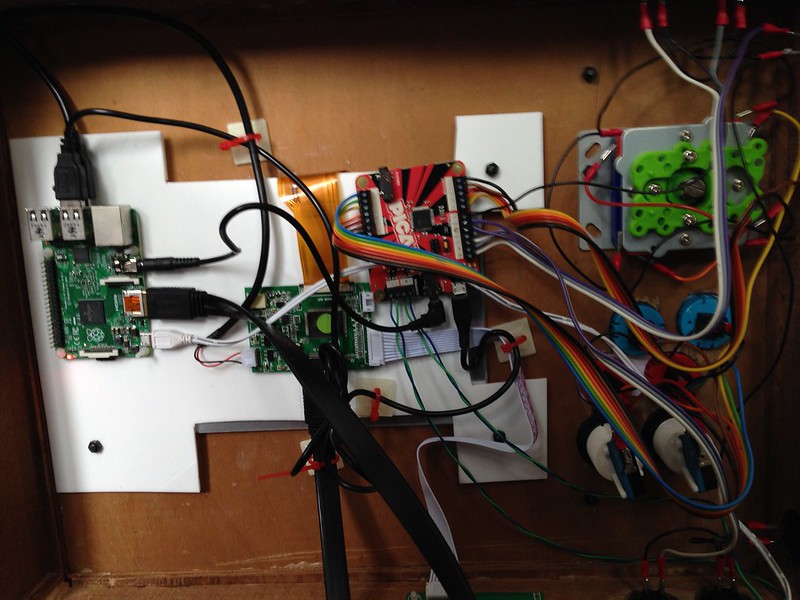 Even with quite a large table there's not a lot of space available underneath! The perspex sheet is holding the display in place. At the left is a Raspberry Pi 2. USB leads power the display controller and the Picade card. Then at the right are the arcade controls. The audio wires for the speakers run down a little duct I spray painted to match and stuck to a table leg.

This is the finished thing. 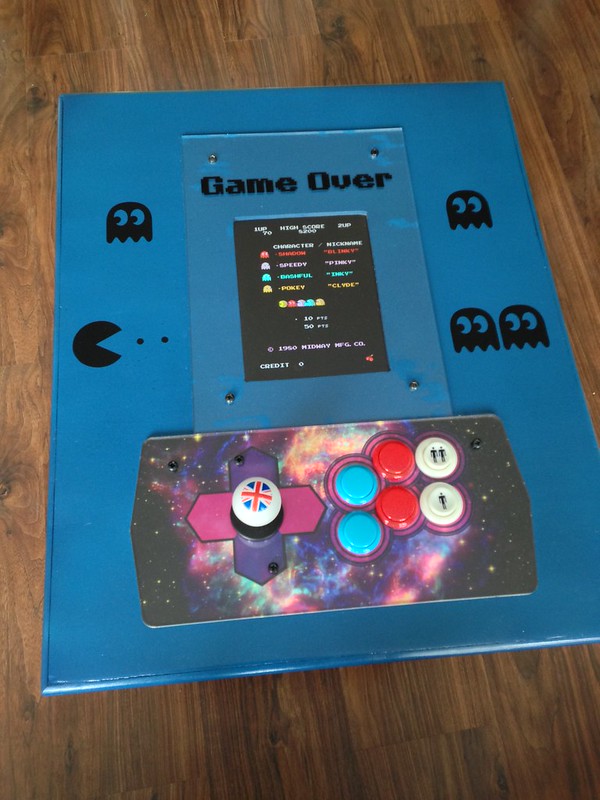 Old arcade games are better in portrait, so I turned the screen round 90 degrees. The buttons on the table top are game controllers as well as 1 and 2 Up. On the left hand edge are Volume Up and Down, along the front are Start and Insert Coin, and finally on the right hand edge are Enter and Escape. The decals came from Etsy sellers.

There are more photos and notes in the Flickr album linked to by the last photo.