BitScope Mini owner Tom Owad has come up with a brilliant but simple idea to mount his BitScope on his iMac to create a convenient stand-alone test and measurement workstation. 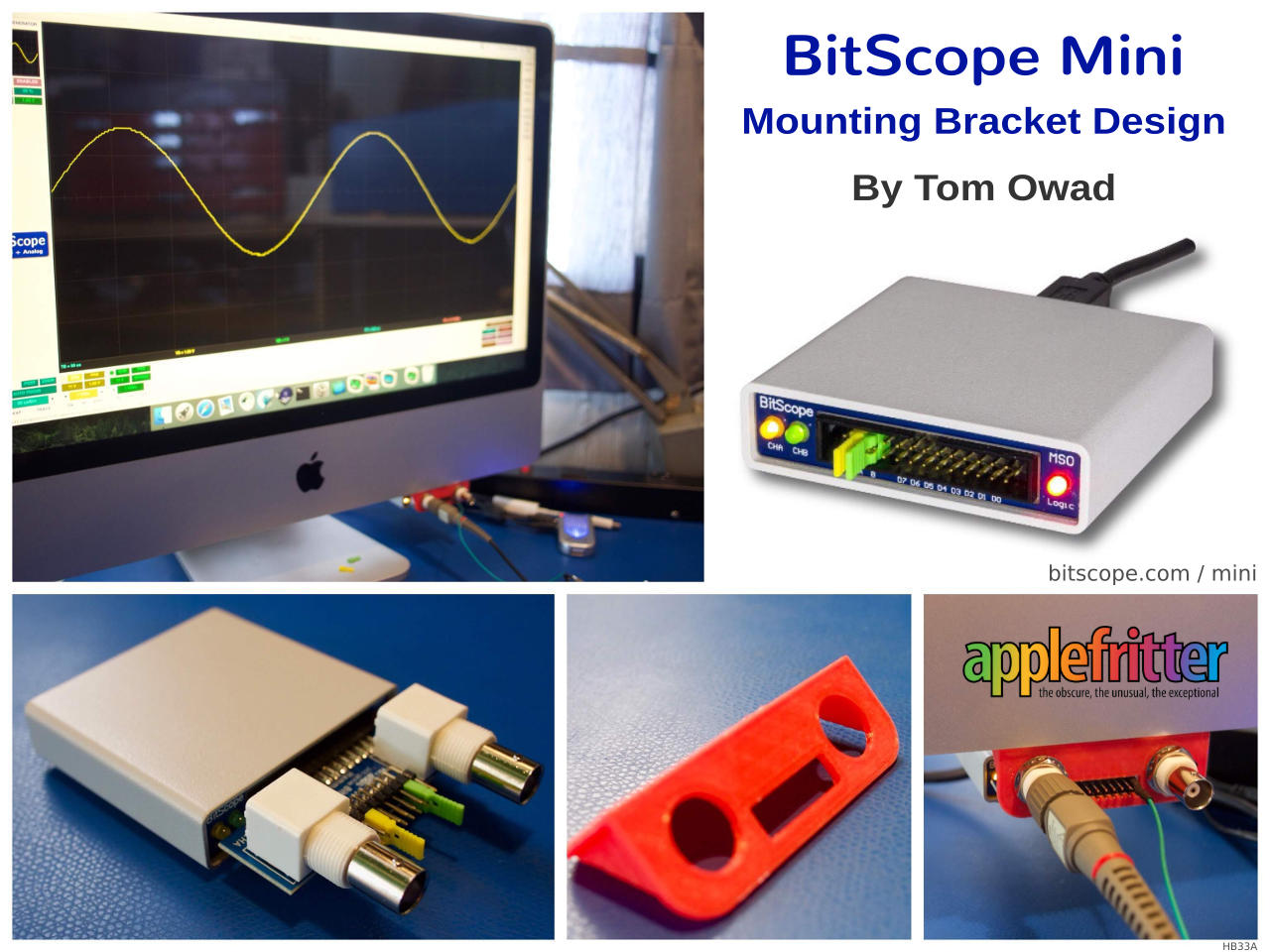 He explains it all at applefritter.com. In a nutshell, he's modelled the Smart Port Adapter and created a 3D-printed bracket for it. Using the bracket he's mounted the BitScope to his iMac. Check out his blog post for full details. He's also included the OpenSCAD and STL files you'll need to do the same.

The beauty of his design is its simplicity and flexibility. The bracket and adapter is fixed to iMac but the BitScope isn't. He can simply unplug his BitScope Mini and take it with him when he needs to "go mobile". BitScope itself is so small that it's effectively just a "plug that activates the iMac Oscilloscope".

As you can see, the BitScope Mini, its port adapter and Tom's bracket are barely visible at the bottom of the iMac display but they're in a very convenient location for a test and measurement workstation. We designed the port adapter to be used this way. That is, plug it in when you need it and remove it when you don't. Tom's innovation is to mount the adapter to his computer and there's nothing to stop him doing this more than once. For example, one mounted on his home computer and another at work. BitScope itself is the only thing that travels and he'd travel light, because most likely he would not need an adapter or scope probes, just the included mixed signal test clips (just in case he needed to do some work on the road).

The same design should also work just as well with bitscope microbitscope micro. Our smallest BitScope also has a port adapterport adapter which has the same physical specifications as far as the bracket is concerned. We've not tried Tom's bracket design but we can see no reason why it would not work. In fact...

We actually been toying with the idea of 3D printed mounting brackets and cases. 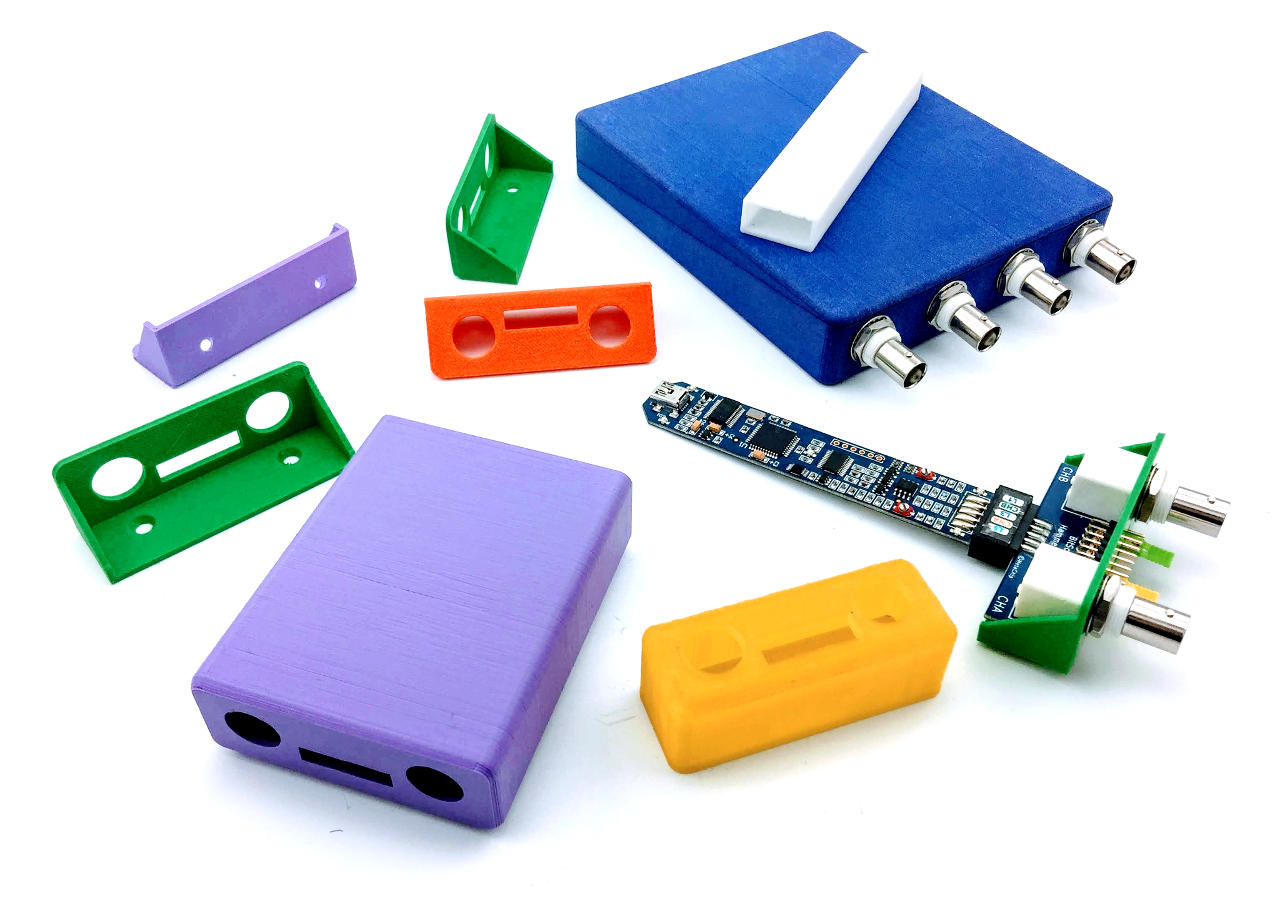 We've been printing bespoke mounting solutions for some of our industrial customers for a while but Tom's post has inspired us; perhaps we should publish some designs like Tom's. What do you think? What would you like to see?