After posting about my Smart Home Movie Lighting I want to make my home smarter, or at least more interactive.

I wanted to post a Short plan for what I want to install and make for use with my Openhab Server, which is currently running on a Raspberry Pi 3, but I may upgrade this to an old slim PC and turn it into more of a general server, rather than having a different Raspberry pi for different uses.

My main goal for anything which I design or install is for it to be easily removable and transferable as I rent my flat, so when i move out i can take everything with me to my next flat.

This will be getting based on an existing product from B&M Stores in the UK (shown above), they are great for cheap battery operated devices. The unit already comes with a PIR motion sensor and is designed to be battery operated with a solar charger. I live in a four-in-a-block flat so my stairwell doesn't get much light, so solar is useless.

My plan for this is to use a Raspberry pi Zero W to control the LEDs to active when motion is detected and it is after sunset, and before sunrise. It will also be able to turn on outside these times with a switch in my Openhab sitemap. The reason for using the Raspberry Pi Zero W is that I want to install a camera module inside the unit, I will most likely also include some Infrared LEDs withing the unit which will be always on between sunset and sunrise so as to give some basic night vision. The unit will have mains power, there is already a motion sensor light outside my flat which has a mains cable running to it, I will most likely replace this with a low voltage 5V line. I am unsure whether to use the PIR sensor supplied or to use motion detection from the camera to turn on the light.

I also want this to be customization, ie how long do i keep the light on after the motion is detected, how bright do is the light to be, that sort of thing all from Openhab

The camera feed will stream to my Openhab sitemap, I am also looking into the possibility of being able to sent the stream to my Kodi media center or too one of my chrome casts, but i haven't decided on this yet.

This will probably be the most expensive part of, installing smart light switches around the flat, I have decided to use the LightWave RF brand, mainly due to the fact that UK standard switches are harder to come by than the American equivalent. I am reluctant to use a generic eBay brand for this, I was taught the hard way never to mess with Mains wiring (by having my dad attempt to electrocute me when replacing driveway lights) so i would rather shed the expense and go for the named brand. Although is anyone can recommend a UK compliant Smart light switch that works with OpenHab please leave a comment below.

I am hoping to install these in the Living Room, Bedroom and Kitchen, with maybe the Hallway as well. I am not wanting to have these controlled through the Openhab Sitemap directly, but i want them to be controlled through rules, such as with my movie lighting mode, turn off all the lights when playing, set living room lights to low when paused/stopped. 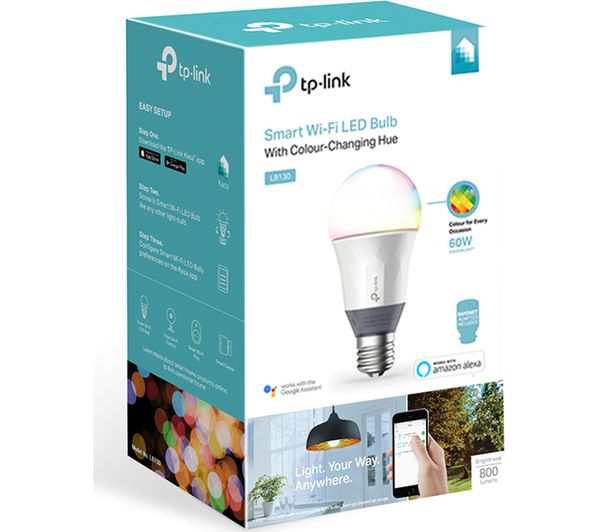 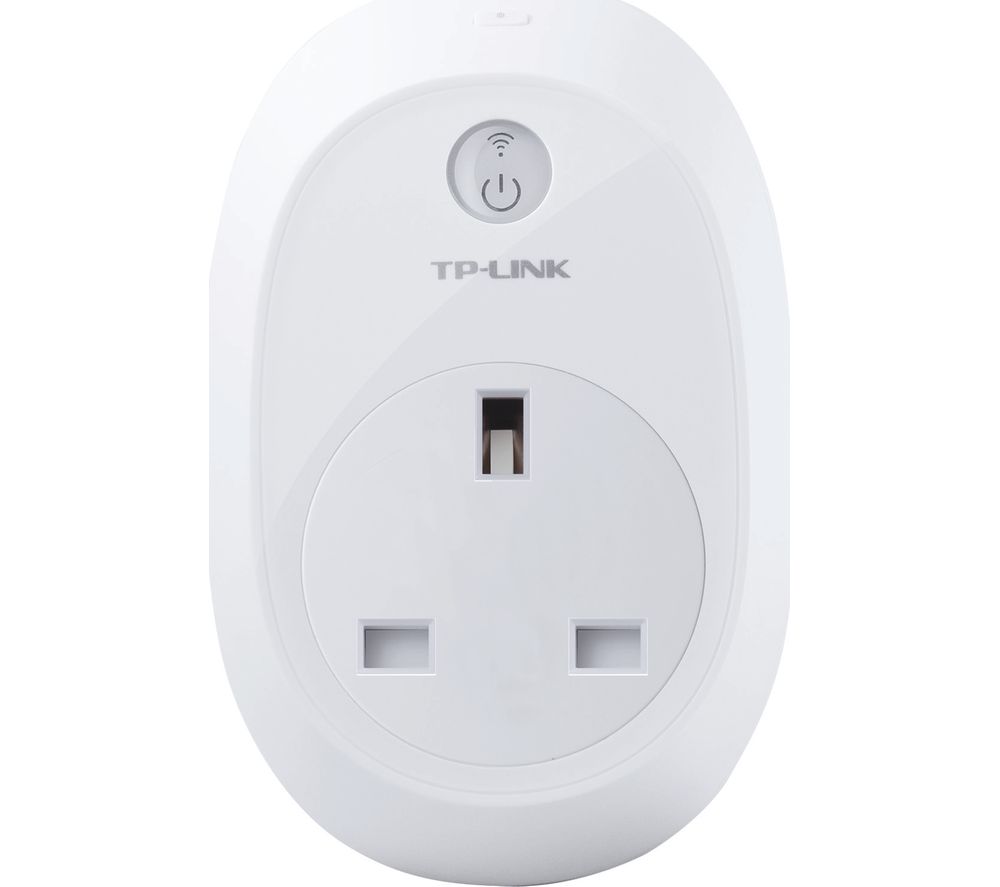 Since most of the devices in my flat I don't control them at the outlet there is not much point in upgrading all of the sockets in the flat to the LightWave RF smart sockets. The main notable exceptions are my electric heater, I don't have central heating in my flat. My main heater is currently connected to a cheap RF socket with a remote, I was tempted to upgrade that with a ESP8266 but I'm not 100% sure about changing it as it is still handy for the smaller items which i may want to turn off at the wall. The other is on a timer in my Bedroom, during the winter my bedroom is as cold inside as it is outside, I've woken up to frozen cups of water at my bedside after a cold night. I will most likely control these directly thought my Sitemap and have rules set up for the bedroom heater to come on at certain times. I don't trust the large one in my living room as a couple of times i have turned it on and the fan has not started causing the heating element to glow bright red.

I will also use the TP-Link LB110 and LB130, dimmable white light and color changing light for my two side lights, on in my bedroom and one in my living room

As I am a University Student, I thought that i cannot have everything in my flat be serious, so for a little bit of fun I have bought a Party Ball and Laser, both of which i am going to upgrade with ESP8266s to allow control through MQTT 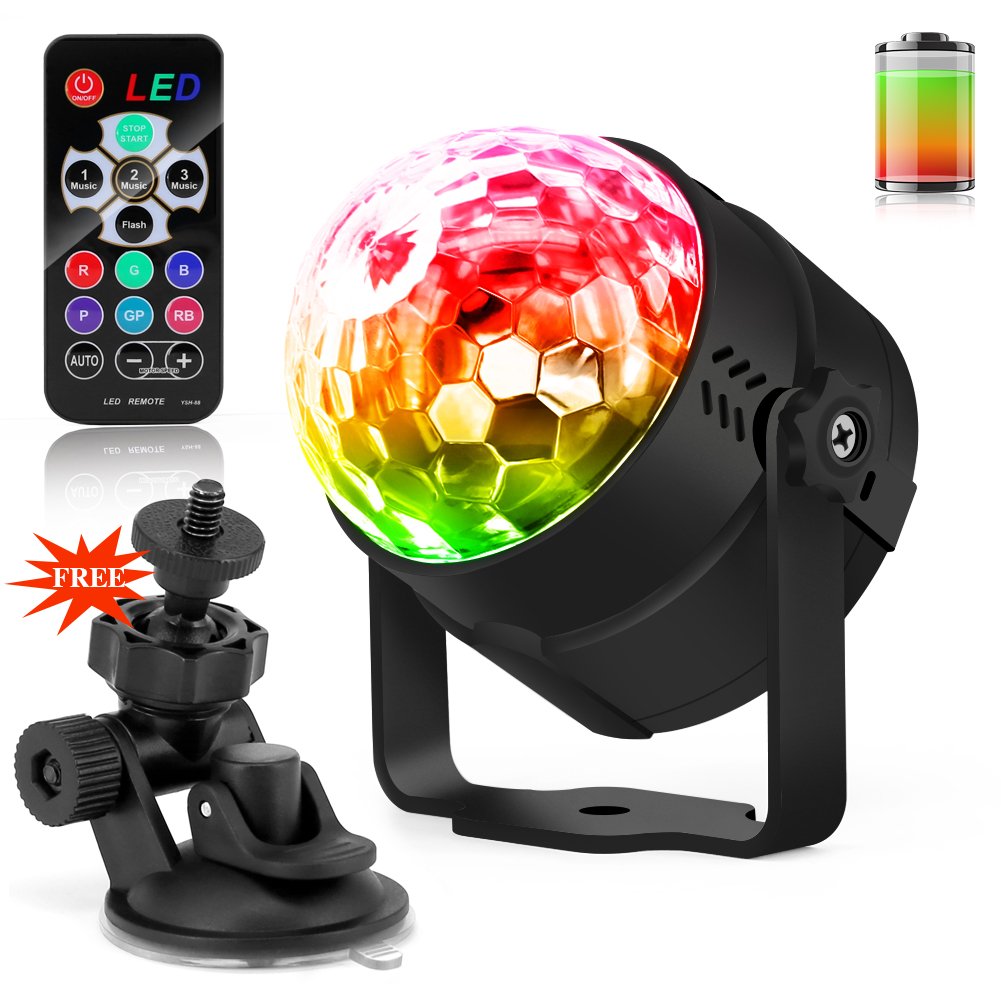 They will be getting attached to the roof and partially hidden until they turn on and start the show. This one started after my close friend purchase one of the disco lights, so i have decided that on my google home to add a shortcut, so when i say "Ok Google, <name> is here" Google turns on the party mode.

I will try and post about these as I install them around the flat, but unfortunately money is tight at the moment, and i am currently spending most of my time studying for my exams, so it may take some time for me to get my flat as Smart as i want it.