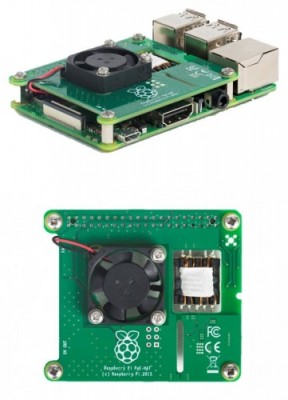 Power over Ethernet was one of Premier Farnell customer’s top four asks of the latest offering from Raspberry Pi, which delivers increased performance and addressed the needs of the growing professional design market using the board as an embedded device. The official Raspberry Pi PoE HAT is an ideal solution for embedded and IoT projects and further enhances the capabilities of this board.

The Raspberry Pi PoE Hat is suitable for use with the Raspberry Pi 3 Model B+ and requires an 802.3af compliant POE injector, switch, or router device which is not included.