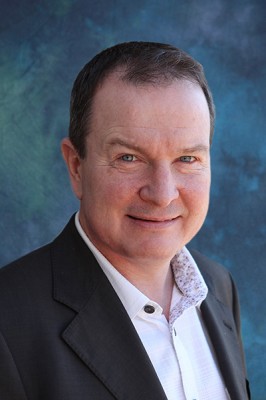 McBeth, who most recently served as President of Avnet Abacus, the Avnet business specializing in interconnect, passive and electromechanical (IP&E) products throughout Europe, replaces Premier Farnell’s interim President Steven Webb. Webb, a 16-year veteran of Premier Farnell, has played an integral role during the last several months in overseeing Premier Farnell’s integration into the Avnet organization. He will remain with the company until January 31, 2017, to assist in the leadership transition.

“Graham is an accomplished leader who knows how to win in the market. With his strong commitment to team building, Graham grew the Avnet Abacus division into one of the most well-respected IP&E businesses in Europe,” said Fay. “His deep understanding of Avnet’s global business will enable Graham to serve as a great bridge for the Premier Farnell team, its customers and suppliers.”

“Since Avnet first announced its intent to acquire Premier Farnell, I recognized what a tremendous opportunity this would be to advance Avnet’s strategy of providing customers with a differentiated digital experience throughout the entire product lifecycle,” said McBeth. “This is the start of an exciting new chapter for both Avnet and Premier Farnell and I am thrilled to have the chance to help drive further success for our organization and our design and supply chain partners.”

A native of Scotland, McBeth is a results-oriented leader with extensive industry experience. He graduated from Glasgow University in 1984 and spent 11 years at National Semiconductor in a variety of roles, from product marketing to distribution and sales management. McBeth joined Abacus Group Plc in 1995, was appointed to the main board as technical director in 1997, and later became group managing director of Abacus with responsibility for the company’s sales and marketing strategy. In 2009, following the acquisition of Abacus Group by Avnet, McBeth became president of Avnet Abacus and led the IP&E specialist to a top position in the European market.

Headquartered in Leeds, United Kingdom, Premier Farnell is a global distributor of electronic components that utilizes a digital platform to provide innovators and engineers with the latest products, services and development software. Avnet offered to acquire Premier Farnell in July 2016 and completed the acquisition in October 2016.

Connect with Avnet on LinkedIn: http://www.linkedin.com/company/avnet

From components to cloud and design to disposal, Avnet, Inc. (NYSE:AVT) accelerates the success of customers who build, sell and use technology globally by providing them with a comprehensive portfolio of innovative products, services and solutions. For more information, visit www.avnet.com.

Changes to branding in Europe and North America