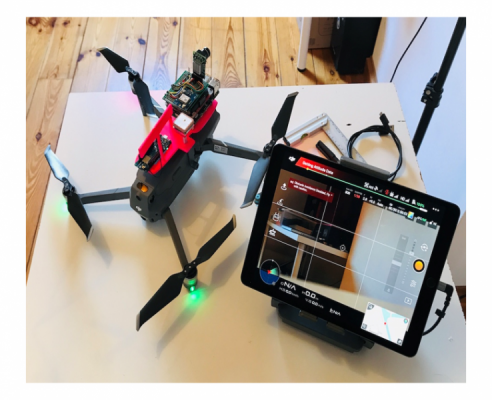 element14 community, an Avnet community, is celebrating the fourth birthday of its popular monthly Project14 design competition on March 26, with the launch of its “Attack of the Drones” competition. The competition is a homage to Sci-Fi and its influence on drone technology.

In honour of Arduino day, on March 27, and to inspire members interested in entering the competition, the element14 community is hosting a live Arduino Day Workshop on March 27. The workshop, NanoDrone II: AI and Computer Vision with LoRa, will be hosted by element14 community members balearicdynamics and jancumps, who will present their NanoDrone II. The NanoDrone II is an evolution of Enrico Miglino's winning project from last year's Arduino Day project14 challenge, “The Nanodrone” and a device that can be easily installed on a semi-autonomous UAV to cover large areas of terrain, or installed on a ground robotized device.

element14 community members who are unable to participate in the competition, but who still wish to get involved in the Sci-Fi fun, will be able to dive into a range of polls and community content on key dates in the Sci-Fi calendar, including May the Fourth (May 4), Revenge of the Sixth (May 6), and the first of appearance of the Borg on Star Trek (May 8, 1991). The competition itself will close on Geek Pride Day, May 25, a date the holds significance to followers of The Hitchhiker's Guide to the Galaxy (Towel Day) and Star Wars (the release date of A New Hope in 1977). Winners will be announced on June 5, the date which observes the first public observation of an unmanned hot air balloon flight in 1783, which many consider to be the precursor to the drone.

To register for the element14 community Arduino Day workshop visit: