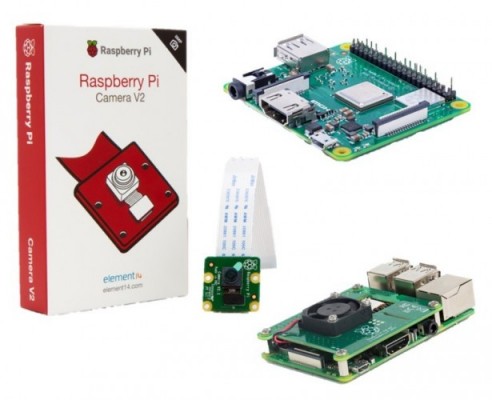 Premier Farnell, the Development Distributor, has released new insights from its global user survey into the market for the Raspberry Pi single-board computer, revealing why and how both professionals and makers use the Raspberry Pi.

The research highlights the widespread use of the Raspberry Pi by professional engineers in prototyping and proof-of-concept applications, particularly for IoT, industrial automation and control applications as well as its popularity with makers. It also provides valuable insights into the high proportion of users that take advantage of the Raspberry Pi add-on HAT devices, which open up a myriad of new applications without the need to develop custom hardware.

Some key insights from the Raspberry Pi survey include:

“This research clearly illustrates the versatility of the Raspberry Pi” said Hari Kalyanaraman, Global Head of Single Board Computers for Premier Farnell.  “The success of Raspberry Pi began with the maker community. A powerful combination of feature set, low cost and a large and active user base has quickly made the Raspberry Pi an attractive platform for engineers looking to develop and deploy a broad range of applications. This survey strongly confirms the widespread adoption of Raspberry Pi by engineers in commercial and industrial environments.”

In celebration of Pi Day, on 14th March, Farnell is also offering a 10% discount on the Raspberry Pi 3B+ & Starter kit from 00:00 on 14th March until 23:59 on 31st March. To access 10% discount, customer should visit Farnell in EMEA, Newark in North America and element14 in APAC and use the code PIDAY10 at checkout.

The latest Raspberry Pi models and accessories are available from Farnell in EMEA, Newark in North America and element14 in Asia Pacific.